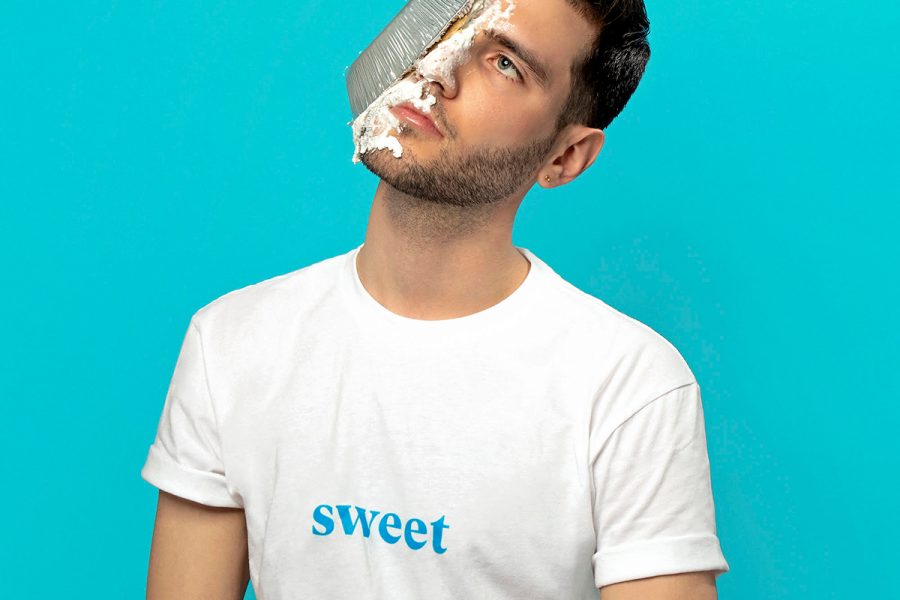 Aaron Bernstein (aka Hungry Boy) breaks the “don’t play with your food” rule with a crisp pop art aesthetic and genre bending illustrations. After transforming zucchini into inch worms, New York staples in ice cubes, and a special new series of condiments as nail polish, we sat down with Aaron to talk about who Hungry Boy really is, his inspiration, and staying creative in a crisis. 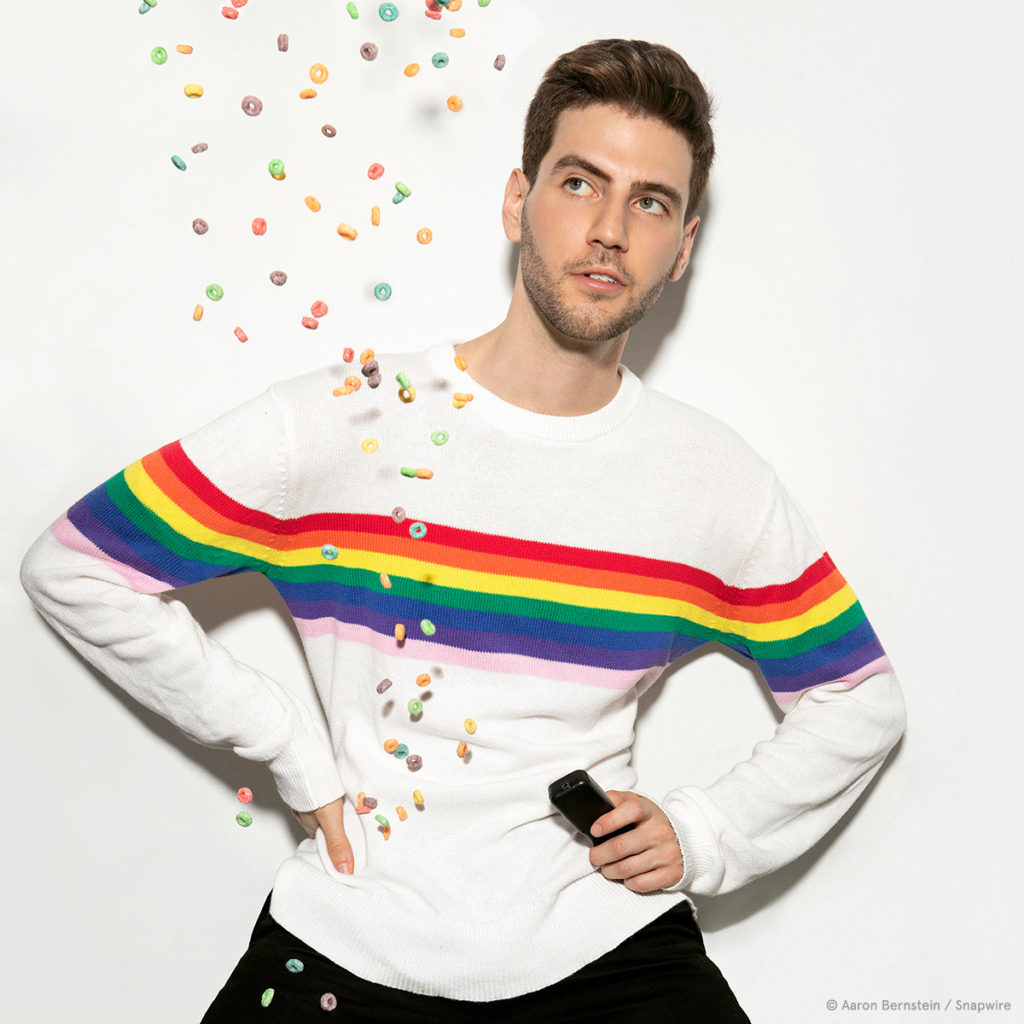 Tell us a little about you – who is Aaron with & without a camera?

With a camera, I’m attracted to color relationships, textures, and I try to approach creative challenges with sharp wit. Without a camera, I’m attracted to similarly punchy, playful things, though on a much more expansive scale: I could spend hours roaming the aisles in grocery stores, and love back to back to back movie marathons where I can wander from theater to theater. I’d like to think I’m the same person both professionally and personally, but I’m pretty introverted. Sometimes I like to suggest a more outgoing side through my work; I much prefer my photographs speak for me.

Were you always a photographer?

I didn’t think much of photography until I was a teenager. I remember my parents buying me a film point & shoot camera for the holidays when I was 7 or 8 and being a bit confused as to what I would do with it. I was always really interested in film and thought I was going to move to LA, go to film school, and work in Hollywood. Photography slowly became a tool where I could visualize my fantasies much quicker and more specifically than on film, and I found I could create quicker and whenever I wanted with much less planning. It just kind of stuck with me starting in high school and I haven’t put down a camera since.

You have a very distinct style using bold colors and high contrast lighting. How did you come to develop such a signature look? Any tips for creators trying to find their personal voices in photography?

I used to shoot with very involved setups and huge productions (with lots of people!) but that all kind of changed when I finally settled down in New York. Before I had my studio, I would do still life experiments with an on camera flash in my tiny Chinatown apartment. Where it originally felt like a very limiting approach to creating the kind of imagery I wanted, it forced me to create more interesting compositions in front of the camera. I don’t want to say that my approach to the technical side of photography is secondary to what I’m documenting, but the actual hands on styling & creation bit is what has always excited me about photography. I think there are plenty of ways to approach how to take a photograph, and it took me a very long time to realize that many, many of these approaches are valid. For anyone trying to amp up their personal voices, I’d suggest taking a step back and really thinking on what excites you about the medium and why you create. Focus on that, and the rest will fall into place. I think in general we are all so focused on trying to create imagery that fits into the current fold or echoes a sense of familiarity that we’ve all seen, so creating something that feels true to you instead of true to others feels key.

Has COVID19 impacted your creativity? If so, how do you continue to create in a crisis?

Yes, it’s impacted everything. I think initially it sucked any sense of creativity that I had away–I lost a bunch of contracts and jobs and felt pretty stuck and helpless. Once the pieces began to settle here in New York City (not that they are still completely settled) and it became apparent that this was a more permanent situation, though, things started turning back around slowly, with a lot of businesses realizing new opportunities in new potential customers and digital marketplaces to appeal to. I have been trying to approach each job as a challenge rather than an obstacle, and in turn it has made me much more resourceful in space and execution. I’m shooting from a makeshift studio in my living room which can prove to be pretty exhausting, but I am so thankful that it’s doable. I haven’t had as much motivation to create for myself as of late, but going into numerous weeks of isolation, I’m trying to make that a bigger priority. 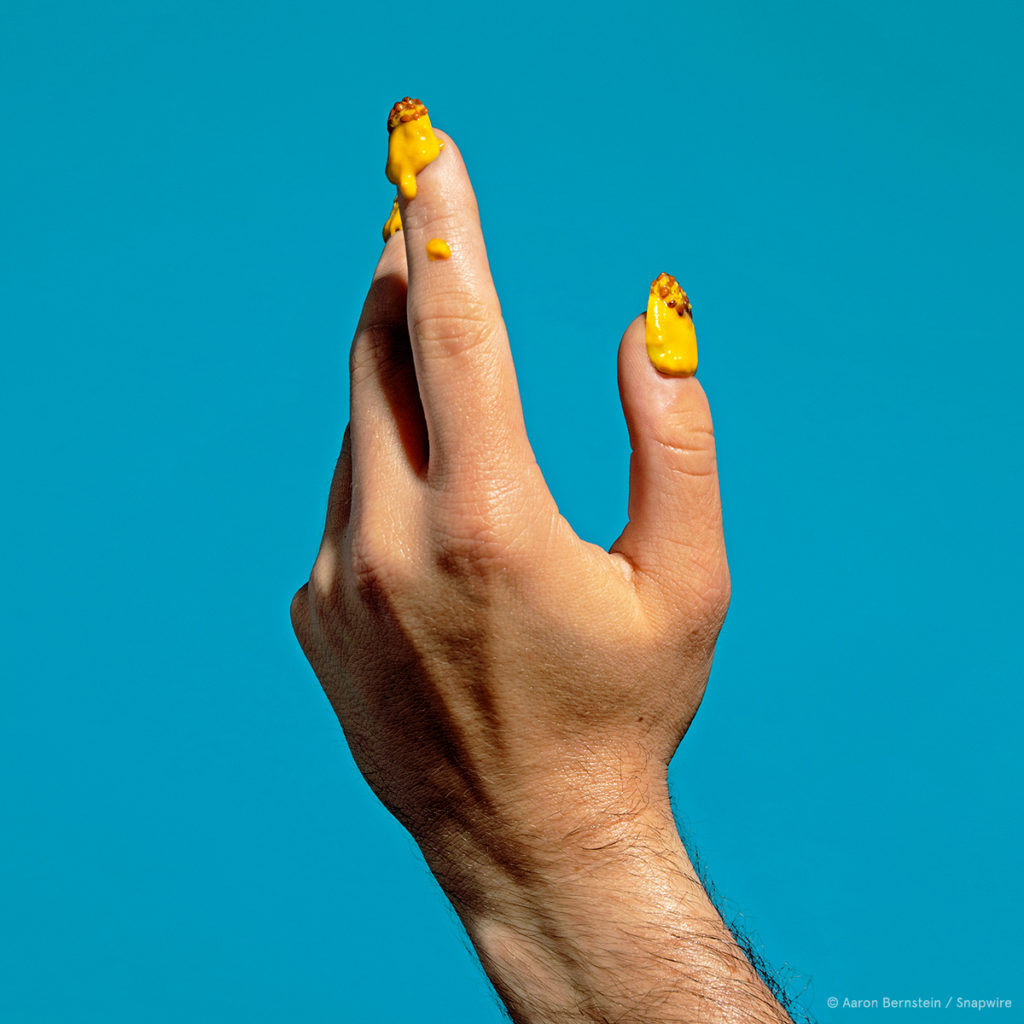 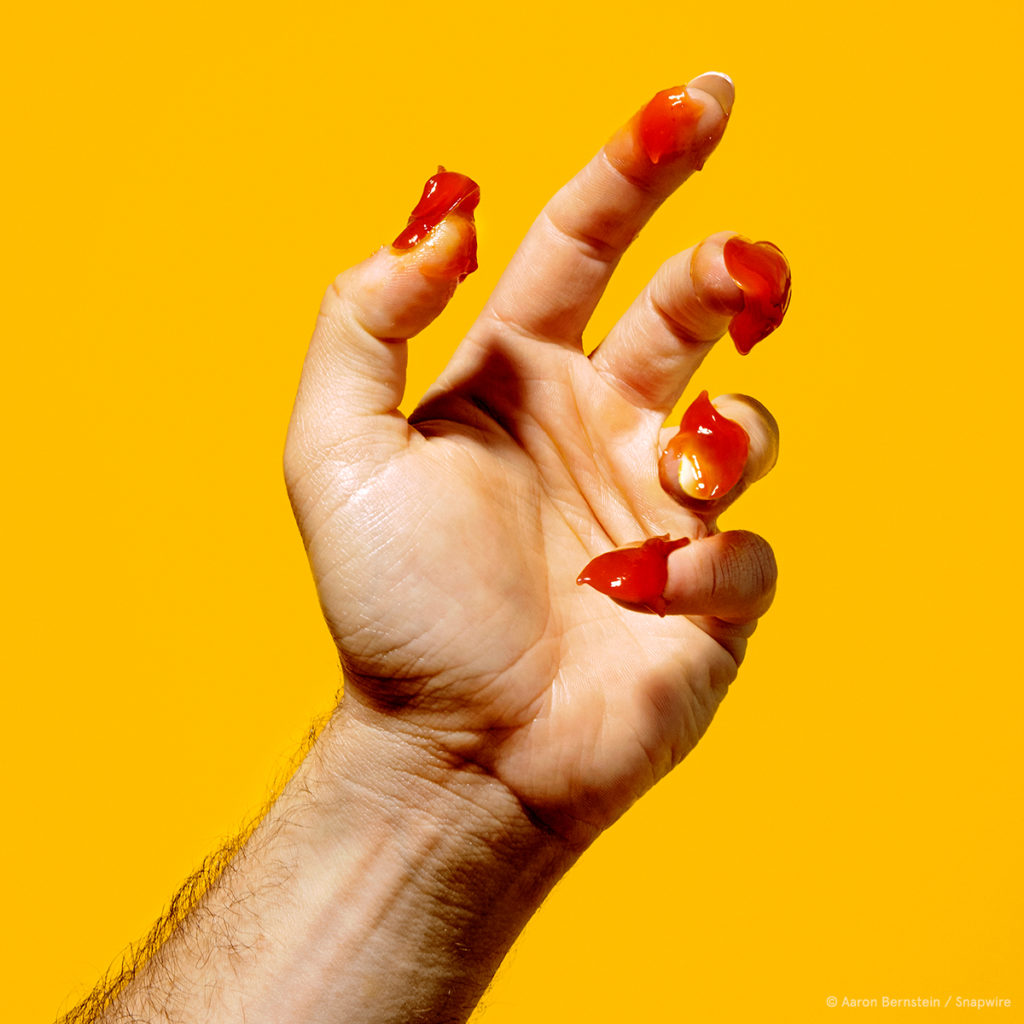 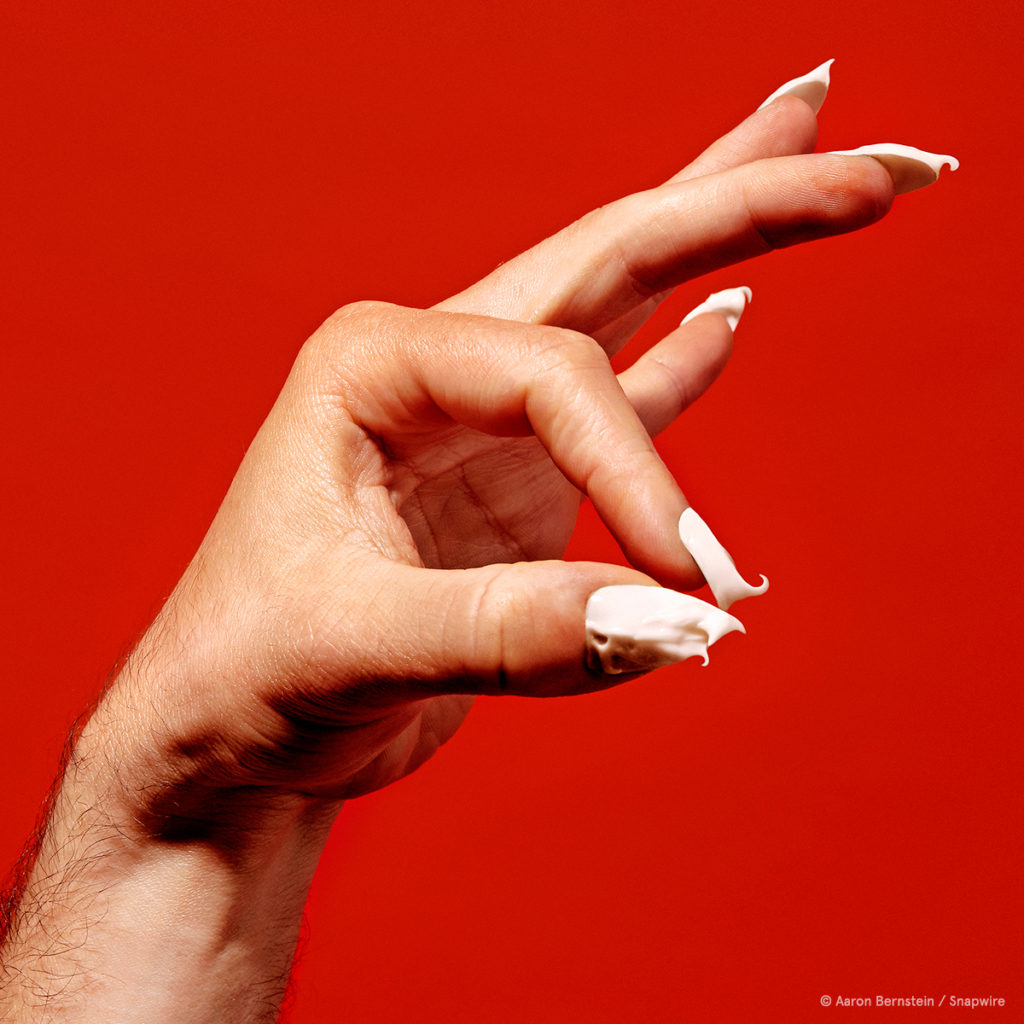 Recently, you have created a series with condiments from your refrigerator used as nail polish. What inspires one to dip their fingers into ketchup?

Yes! I’ve been making a lot of sandwiches while in quarantine, which has given my mind a lot of time to aimlessly wander. I have been thinking about how I haven’t really had the need to put on actual presentable outfits lately, and how else people generally dress up with jewelry, make-up, or something like painting their nails. I’ve always loved taking food items out of context and subverting expectations, so this was a fun little exercise with whatever I had on hand (no pun intended).

Sign up with your email address to learn more about photography and challenges and find success on Snapwire! 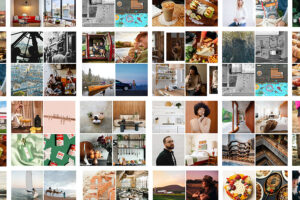 20 Snapwire Creators to Watch Out for in 2021 Although 2020 kept us in quarantine, making sourdough and binge-watching Netflix for more than we would have wanted/expected, our Clients were not ready to slow down – and with that our 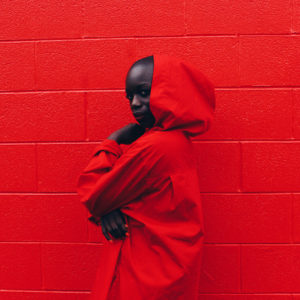 Snapwire Challenges have been used to promote and inspire photographers through many themes in the past and this challenge is to celebrate and share not only Black members of our creator community, but the stories and lives of the models 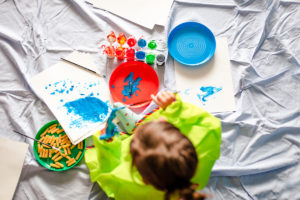 Back to School or Back to the Dining Room

September usually starts off with a change of energy – the weather cools off, our coffee returns to piping hot, and the buzz of starting back up at school sweeps through homes, department stores, and newly decorated classrooms. However, with

How we feel when we realize it's not 2020 anymore

“We must use time creatively, in the knowledge t

This website uses cookies to improve your experience while you navigate through the website. Out of these, the cookies that are categorized as necessary are stored on your browser as they are essential for the working of basic functionalities of the website. We also use third-party cookies that help us analyze and understand how you use this website. These cookies will be stored in your browser only with your consent. You also have the option to opt-out of these cookies. But opting out of some of these cookies may affect your browsing experience.
Necessary Always Enabled

Any cookies that may not be particularly necessary for the website to function and is used specifically to collect user personal data via analytics, ads, other embedded contents are termed as non-necessary cookies. It is mandatory to procure user consent prior to running these cookies on your website.